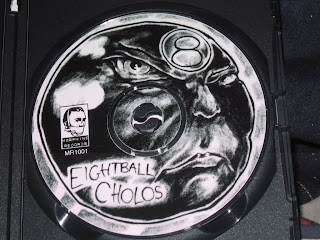 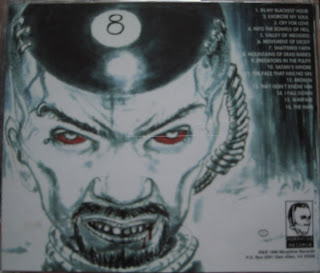 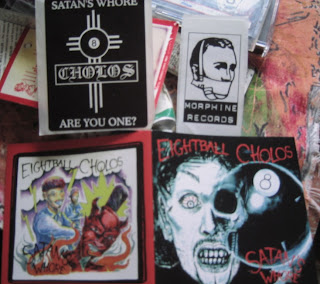 from the ashes of 80's thrash metal band The Warning, came the seemingly short-lived Eightball Cholos. (apparently they also had an album late in the first decade of the 2000's)
this sample heavy cd always struck me as strange. i guess that shouldn't be that unexpected from a band fronted by a cat named 'Burrito".
two man thrash band with an odd sound and a definite experimental punk edge, the militant outsider christian agenda,some 90's industrial metal touches, the imagery and good but 'out of no where' guitar solos...
the construction of this thing still seems odd now as i listen to it over a decade later.  came with some stickers, which are great if your car seems too bare, of course they're also a great thing when propaganda is the name of the game.   anyway, here you go folks ...have a weird 70 minutes.