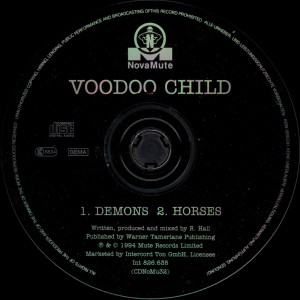 one of my all time faves:

the last recordings from this band that i'm aware of.  while good in it's own right, it follows the path the band was taking into mellower material since their FoF days, and boom-you see one way in which the title is applicable.  never uploaded before as i was trying to sell these cds (i still have a few-OF COURSE) for a while. 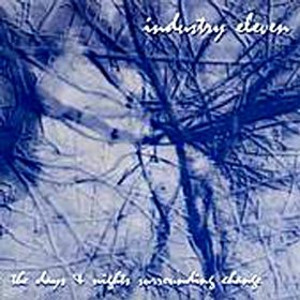 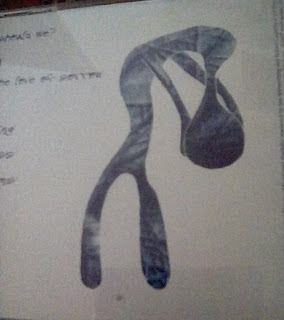 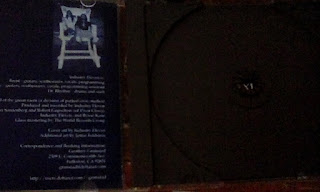 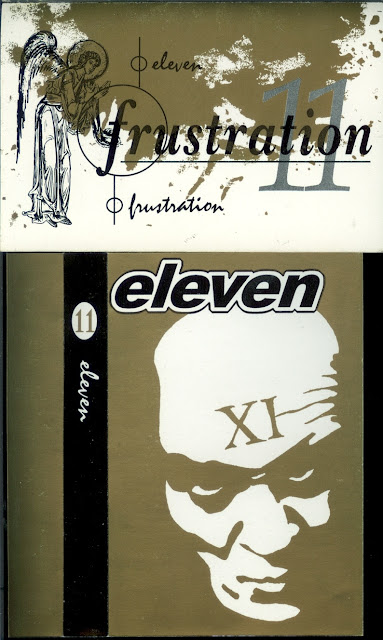 one of my fave bands (Fear of Faith) during a transitional period.
1. why should we?
2. never
3. inside
4. undone
5. grieve
6. this momentary affliction
Review from ballistic test zine:

This six-song tape is the fourth album for a trio of guys formely known as Fear of Faith and who now reside under the moniker of Industry Eleven. While I did enjoy the terminal velocity and ferocity of the FoF sound, Frustration finds the band searching for their own identity, whereas the former entity was somewhat of a novelty.
First, the guitars are a notch lower on the speed gauge. The chainsaw-like guitars are now razor sharp instead of just a blur of noise which makes catching the grooves and riffs a lot easier. The monstor rhythm in "Why Should We", for example, is a sound that often plays out in my head at unexpected times of the day and one I immediately associate with this band.
Second, the band attempts to integrate a degree of melody into their sound through the vocals and synths. The heavily distorted vocals seem less harsh but are certainly still quite angry and bitter. The delivery is predominately in the form of yells or screams but there are a few moments of actual singing. I find myself being able to better empathize with the extreme emotional turmoil and strife the band is venting in their lyrics. On the surface, Eleven may appear to be wrought with nothing but gloom and doom. However, the listener can find hope buried in the sand if they are willing to dig for it. The angelic imagery that appears in the insert is one bit of evidence.
Dark ambient synths and pulsating electro percussion also help to distinguish Eleven from other cookie-cutter death/thrash metal bands. For example, the ambient synths accentuate the somberness of "Grieve", while on "Never" synthetic machine-gun fire percussion accelerates the pace. It's all nicely done and makes things more interesting to listen to.
This album has quite a few things going for it. Production is solid. It comes with two interchangable cover inserts that share a common gold, white, silver, and black colour scheme. You can choose to have a stern, intimidating face staring back at you or or an ethereal angel beckoning your spirit. Three of the songs here are not available on the band's 1997 CD release which is another reason why you might want to track down this tape. Frustration is a bitter metal album with a silver electro lining. 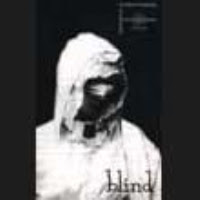 fear of faith was so exceedingly awesome...i'm tempted to re-rip some tapes and repost...
i feel like the very lucky duck who got a copy of this particular release (thanks to andy/running dog)


far different from the early speed/death fear of faith stuff and also the later 'more conventional' industry XI stuff...this shit here is great in its own right.  one of the few cases where we find a strange juxtaposition...making for some great ends.
hard as can be...softly...#1.

here's a very old review from ballistic test zine....
"A year after knocking the socks off the metal and industrial underground crowds with their two extreme industrial-metal demos Dredge and Tension, Fear of Faith released their third demo, Blind, with a surprising change in style. Gone are the blazing guitars and hard-hitting percussion, while the harsh, distorted vocals and liberal use of voice samples remain relatively untouched. In comes mostly melodic acoustic guitars, minimal use of electric guitars, and a deliberate vocal attempt to convey a greater range of emotion, albeit still behind a guise of distortion.There are four songs here: the title track "Blind", "Withdrawn", which was featured on the Electro Shock Therapy compilation, "I and Those Who Were", and "Dying for One". The easy-listening, mellower music and the harsher vocals provide a stark contrast, but the band effectively turns them into complementary elements instead of the expected conflict or mismatch. The four songs sound rather alike with similar guitar progressions and vocals but this is hardly a problem as the melodies the guitars emanate are quite nice. The song I like best off Blind is "Dying for One", with its cool industrial underlayer of mechanical pistons and bass rumblings.
On one hand, FoF may have lost some fans of their early material with this relatively tame, metal-free release. On the other hand, their creativity and ability to progress musically beyond the confines of an industrial-speed-metal approach earn them greater respect. As it is, Blind is the most distinctive and accessible of the band's three demos. 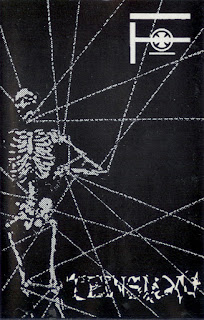 if there remains anyone who hasn't seen this in the last few years...here it is.

*(i honestly don't know what exactly is what as far as the track listing goes.  i ripped the cassette myself several years ago, i'm pretty sure it's all in there.  gene jesus isn't tagged so i dunno which track it's attached to, if any...)
†for many it was throbbing gristle or merzbow, for me it was christian plumber and mental destruction...  in the mid 90's i realized there were other cats out there doing similar stuff to what i'd been doing since 90.  great day...but unfortunately i've produced a horrible amount of stuff since.  however, can't help it.  i've tried.
1. invocation
2. vomitus christie
3. praise the lord
4. geenie jesus
5. batboy
6. abc-dx
7. ø (my first bass solo)