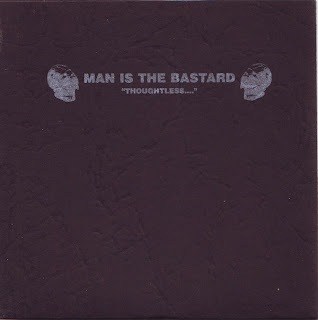 
*my two cents:  solid as solid gets. this is a fantastic heavy ass death metal tape.  however, there's one track here found to be really lacking...the title track of all things.   ordinarily i'd like the spice of different vocal styles and additional lady singin', but on this track...oh HELL NO. sorry, its just no good.  politics aside, the sung parts are awfully melodramatic. the shouted vocals also point out that the less clear metanoia's vocals are the better. musically the song is fine, but...ah screw it, just my two cents.
Posted by lack at 12:17 PM No comments: 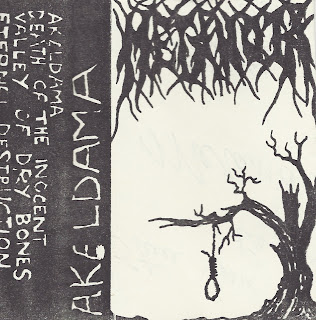 Metanoia - "in darkness or in light" (1995 Rowe Productions) 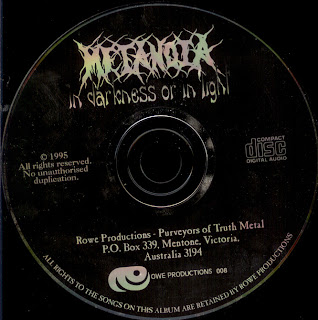 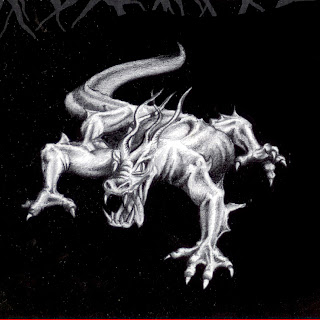 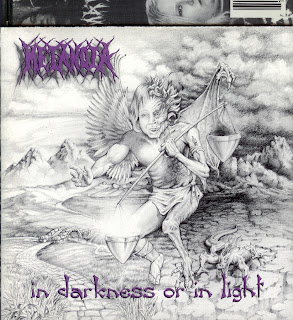 
*my two cents: quite sure i'm in the minority here, but i didn't care for the more 'classic metal' influences on this one.  that being said, save for track 10 its a pretty good album.  if i had to be nit-picky...which i don't have to be but am anyway, i wish it were a little heavier on the 'death' than the 'metal' still....not bad, most tracks are incredible actually.  what the hell do i know...just my two cents.
Posted by lack at 12:11 PM No comments: 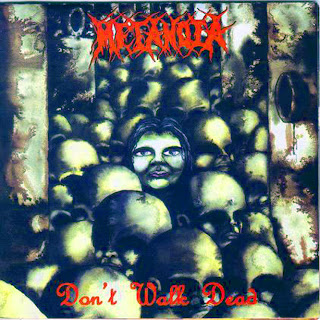 *my two cents: pretty good album (compared)...australian death metal w/some didgeridoo...why not?!  still, i couldn't help but desire more of what i heard from metanoia during their 'akeldama' phase.  on its own, this isn't a bad entry in their catalogue.  the spoken vocals here are used far better than in the follow up album, but still seem strangely out of place. the strange 'add ons' and organ stuff is very welcome. this album is much better than its (pretty awful) cover artwork might suggest....but that's just my two cents.* 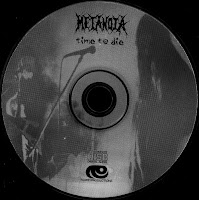 Ω
*my two cents:  when i first bought this album(their final album as it turned out) i was a bit disappointed. the overall tone was 'lighter' than was my fave metanoia stuff from the earlier days...so i judged.  the music was more experimental, throwing in elements of groove, punk, black, death, spoken vocals, thrash, and even a little tiny touch of rapcore(DID NOT WORK, but good on 'em for trying) to their metal stew...again i judged.  overall i walked away with a more negative impression of the album that it deserves...tracks like (ironically titled?) 'judge me not' are a perfect example (really, this track is tremendously horrid).  after re-listening some before these posts its clear to me now that tracks like 'judge me not' are very much akin to the proverbial 'rotten apple' that spoils the barrel.  there is a ton of great material on this album, unfortunately the duds really stand out.  so yeah...this isn't early metanoia, but it isn't as shit as the couple of duds on the album, don't let those couple of horrible tracks taint the entire project like i did. then again, hey, that's just my two cents*
Posted by lack at 12:07 PM 1 comment: 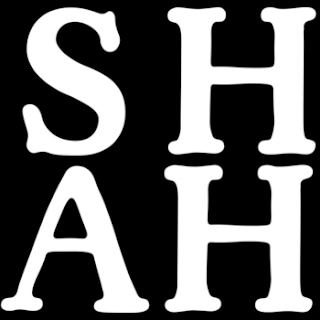 a.r.t. records was a real piece of shit rip-off cadre of thieves...but i have to say this for them, they had good taste.

1.deny the corpse
2.die inside
3.shocking the priest
4.rest in pieces
Ω 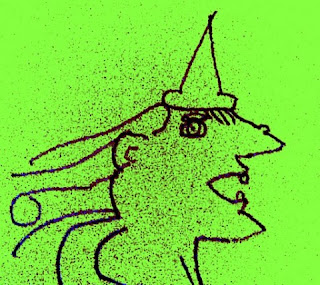 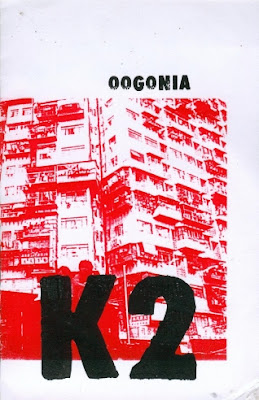 and yes... it is K2 giving it the ol' harsh noise go and killer at that. 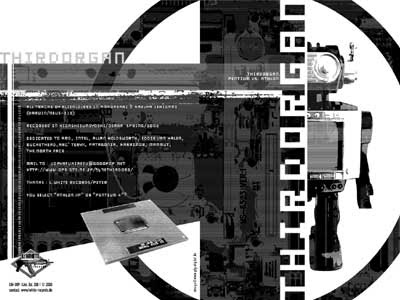 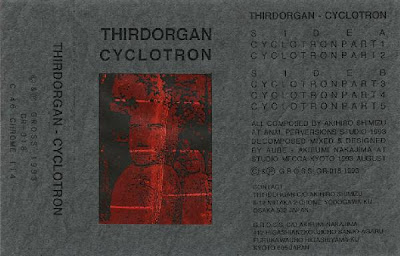