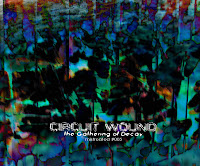 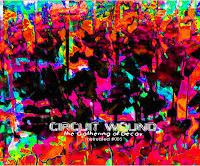 the Mistreated series was cut short due to technological failures mostly. it was never intended to end when and how it did. what a shame. anyway, several artists were approached with the concept and trappings (one or two original albums remixed using only bottom shelf dj equipment) and after the go ahead was given some pretty surprisingly sweet things resulted.
this is Circuit Wound's entry. the title references the source material - "the gathering of rust" CD on the harshnoise label (which has since been deleted from their catalogue)


tracks 1- 9 are all untitled, as all of the tracks in the mistreated series are. (with the only exception being am#003)
BUY