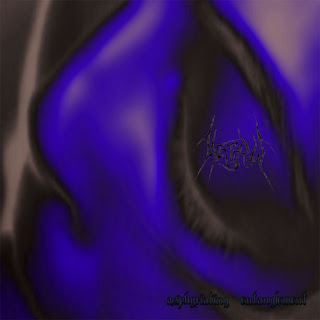 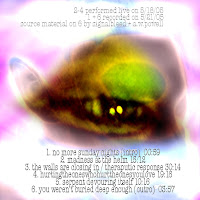 i feel like this one sounds more like itself than it does lackthrow(because its like rock music), as lackthrow material goes, but..what the hell do i know? be warned though, it sounds REALLY digital sometimes.

speaking of which, i was reminded of this recently while revisiting "merzbeat" (which is here in case you'd forgotten what it sounds like as i had).  there can be comparisons made between the two, i suppose.

i do remember though that i really dug playing the set-up that i had at the time. (in 2005)
i found it quite cathartic.
it was also nice that Lyndi was an audience for a couple of these live pieces:)

1. no more sunday nights (intro)
2. madness at the helm
3. the walls are closing in / therapeutic response (misspelled on cd, as you can see above)
4. hurtingtheoneswhohurttheonesyoulove
5. serpent devouring itself
6. you weren't buried deep enough (outro)