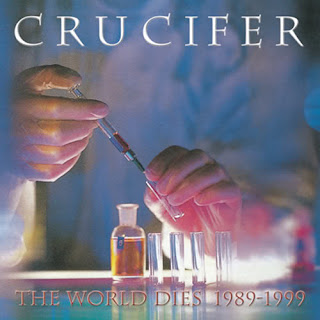 after the astoundingly awesome "pictures of heaven" release in 1993, many many many years were spent waiting with baited breath for what had to be an amazing follow-up, 1996's "sickly divine". 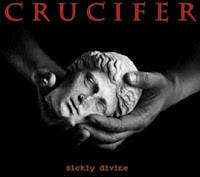 the problem with all this however, is that 'sickly divine' never saw the light of day.   Crucifer was over.     almost....
"the world dies" is partly unreleased songs from 'sickly divine' and partly a 'best of'.
some different approaches were taken with the 'newer' songs, which is an admirable effort, some work better than others.  this is yet another crucifer release which walks the line between 'christian' and 'EEEEE-VILLE like the FROOO ITS OF THE DEV ILL'
well worth the listen, though i don't like the thrashier sounds of the newer material as well as their earlier sounds but....
enjoy. 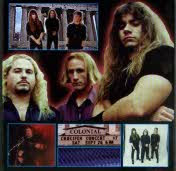