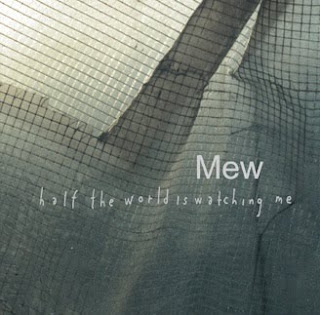 from user starfire from rateyourmusic.com:
Second release from Danish alternative pop wonders Mew, and quite a fulfilling piece of work. The album kicks off with the intense "Am I Wry? No" which is followed by three pure pop songs, "Mica" being the most successful of these. Whereas the first half of the album, except for the opening track, is pretty straightforward pop music, the second half is more moody, starting out with the piano/guitar-driven "Her Voice is Beyond her Years", a duet between lead singer Jonas Bjerre and elf-like Swedish singer Stina Nordenstam. It's followed by the strange, but catchy "156", before entering la grande finale with the ballad "Symmetry", a sweet duet between Jonas Bjerre and American teenager Becky Jarret, and the last track, the majestic nine-minute epic "Comforting Sounds".