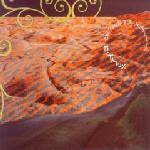 from Tinymixtapes:
Metalux are Chicago’s (but soon to be relocated to the East Coast, in the style of all hipsters) M.V. Cärbon and J. Graf, a female duo who specialize in abrasive, cerebral, and challenging analog circa-1978 noise rock. Despite its album and song titles, which give the listener the initial impression that this is some sort of Southwestern "Americana" album, Metalux’s 2004 sophomore release, Waiting for Armadillo, is a brooding and tense record that recalls the post punk/proto industrial days of Throbbing Gristle’s Industrial Records. Though the press release compares the group, however tenuously, to contemporary noise artists Wolf Eyes and Dead Machines (they did once share a label, Hanson Records), along with other current noise artists, their sound, with its use of analog synthesizers and tape effects, sounds more akin to Throbbing Gristle and early Cabaret Voltaire. Other tracks, however, feature an abrasive electronic squelch not dissimilar to Kevin Drumm’s Sheer Hellish Miasma.

While so many current artists have tapped into and exhausted the more mainstream aspects of early ’80s new wave and dance music, it’s refreshing to encounter an artist whose influences are inclined toward the more underground and exotic of the formative post-punk artists such as Chrome, ESG, and the New York No Wave groups. And like the aforementioned artists, Waiting for Armadillo can, at times, be an extremely challenging album that is difficult to digest in one sitting. A running time of less than 40 minutes, however, enhances the listenability of Waiting for Armadillo, and cuts the listener off before their heart rate gets too high to continue listening.

What really separates Metalux from the more mundane artists in the current wave/electro revival is the unorthodox instrumentation and song structure on Waiting for Armadillo. Overdriven tube amps, vintage analog synths, AM radio static, tape loops, and jagged shards of guitar skronk give the album a distinctively late ’70s, proto-industrial feel, shrouding the icy and otherworldly female vocals with an eerie and unsettling backdrop, making them seem to come out of the darkness like the scary, lipstick-smeared doll face peering out of the corner of a dark cellar closet. Gothic cabaret theatrics and the mock European accent on some of the vocals add just the right amount of kitsch to the album, enhancing its Krautrock/post-punk appeal. This is an expressionistic mélange of sounds that, in spite of yourself, you just find irresistibly beautiful and hopelessly catchy. by Olskooly