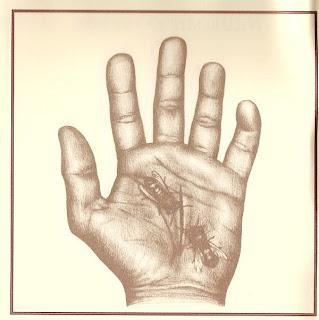 from DUSTEDMAGAZINE.com:
"Remember the first time you heard Swans and remember how much they scared you? In the midst of an already dark, forbidding sonic landscape, Swans distinguished themselves for their unique approach to sound, texture, and reverberation. One of the most haunting elements of their world was Jarboe’s vocals and keyboards. Now gone on to an afterlife as The Living Jarboe, I think of her today as a straight-up soul singer.

Remember the first time you heard Neurosis and remember how much they scared you? It’d be easy not to pick up on them, because their totally singular music – beautiful, imposing, grand, and fragile all at once – falls through the cracks of so many genres. But they remain a powerful group. From Souls at Zero through A Sun That Never Sets, their finely wrought but heavy-as-fuck music is like the perfect soundtrack to new millennium melancholy, a tightly wrapped ball of rage, fear, and hope. Whether playing a wistful, slightly bitter ballad or serving up skull-crushing, mutant riffs, Neurosis is a straight-up rhythm and blues band.

So what about the two together? Well, whoever thought up this combination is a genius. In retrospect, it might seem like a natural – two bands that are dark as pitch, interested in experimental textures, love collecting found sounds and samples, and can narrate America’s heart of darkness – but this is their first collaboration. Jarboe’s idiosyncratic background is pretty familiar to fans, but listening to this wondrous record finally brought it home to me that what she brings to the table is a flair for the gothic. Not the pasty-faced, spiky-haired, Sisters of Mercy gothic. I mean the real, haunted landscape, ghosts of the subconscious, creepy Faulknerian Southern gothic spirit. On the opening “Within” she intones, in a perfectly rendered Southern accent, “I tell ya, if God wants to take me He will.” Amid the crushing thunder of Neurosis, it sends a chill right through me (particularly when it’s followed by the slithering whisper “He’s coming . . . “ and the unnerving nursery-rhyme singing). Her voice can ring out clear as a bell, smothered in blues, or it can deliver a pain-wracked croak (as on “Erase” where she howls “Defy me . . . Defile me” again and again until, after Neurosis have stopped playing, her anguished voice blares through the speakers). The lyrics are confessional, deeply personal and there are times – as when Jarboe prays to Mary, something pretty much nobody else this side of Diamanda Galas could pull off convincingly – when I almost felt ashamed, as if violating someone’s privacy.

The band, always attuned to things supernatural and/or spiritual, is not simply a backup group; this is an organic project all the way, and they create perfect vehicles for Jarboe’s haunted visions. The structures are taut enough to create tension befitting the lyrics, focused enough to embellish the imagery; but the playing is also limber enough to thicken the largely ominous mood. Sure, they still grind it out here and there, but Neurosis’ music has been sounding much sparer of late, trimmed down in a way that’s spot-on perfect for this recording. They really use the full dynamic range of which they’re capable; they work in detailed nuance, even as they hit with the force of a piledriver. In a world of metal fakers, where lesser bands mistake sheer volume for heaviness, I’m thankful that these guys are still around and playing the real deal. One listen to the truly creepy pulse of “His Last Words” and you’ll know what I’m talking about.

Neurosis & Jarboe is an album for which I had high expectations. They’ve been surpassed. Whatever shortcomings joint musical ventures can sometimes have, I hear none of them here. A weird, unnerving synthesis that stays with you long after the record has stopped, this is one of the year’s best.---By Jason Bivins"